Samantha to release a special song from Pushpaka Vimanam
Published on Jun 16, 2021 11:00 am IST 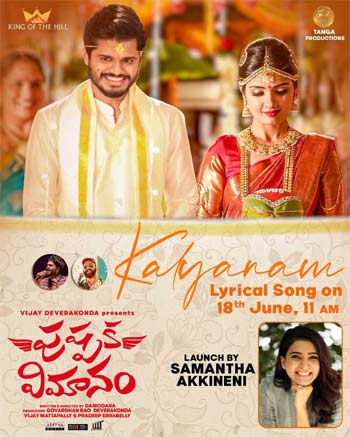 Anand Devarakonda, who is high on the success of his latest film Middle-Class Melodies is ready with one more interesting film called Pushpaka Vimanam. The film is a concept-based movie directed by debutant Damodar.

Now the latest update is that a special song named Kalyanam will be launched by star heroine Samantha on the 18th of this month. Already the first song Silaka has caught on well with the audience.

Very soon, the makers will reveal the release date of the film which is jointly presented
By Vijay Deverakonda’s production banner King of the Hill Productions and Tanga Productions.