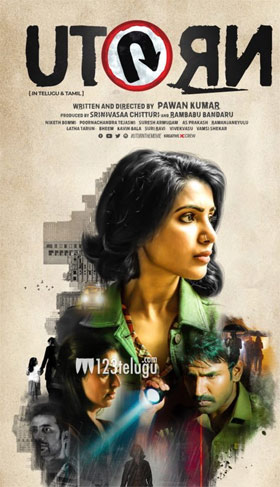 Sometime back, we had revealed that Samantha will be collaborating with musician Anirudh for a special promotional song in the film titled U-Turn. The latest we hear is that the promotional song’s shoot has been wrapped up in Chennai.

This song will be released at 10 Am this Monday morning. This special song is said to come during the end titles of the film. U Turn is the remake of the Kannada hit with the same name.

The suspense thriller is up for a release on the 13th of September.