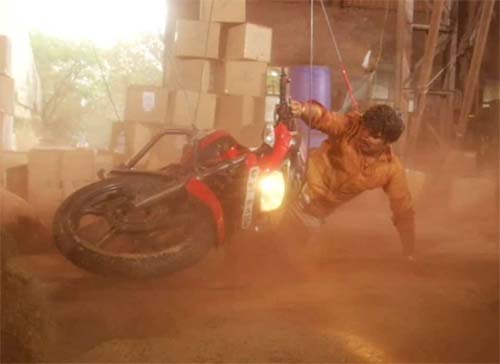 Sampoornesh Babu is not seen much these days. He is not doing many films and is seen only in crucial roles here and there. But recently, he has started shooting for his new film.

Titled Bazaar Rowdy, Sampoo is also doing his own stunts in the film. But today, when he was doing a bike stunt, a cable that was attached to the bike could not balance himself and Sampoor fell down.

Luckily, he had only minor injuries. The unit rushed to his aid as soon as he fell down and gave him first aid. But being a sport, Sampoo rushed back to shoot and completed his shot.