Sampoornesh Babu gets a rousing reception in theatres
Published on Aug 10, 2019 8:10 pm IST 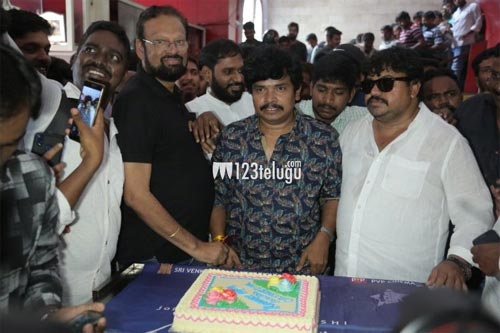 Sampoornesh Babu is over the moon, thanks to the reception of his latest spoof comedy, Kobbari Matta. Directed by Rupak Ronaldson, the film’s story and dialogues were written by Sai Rajesh. Although the film was under production for almost four years, it managed to create quite a lot of buzz in recent few days.

Earlier today, Sampoornesh Babu went to watch the film at Prasads Multiplex and Sandhya 70 MM in Hyderabad, and the reaction from the crowd was stunning. Soon after the film was screened, people thronged to him for photographs, and in Sandhya 70MM at RTC X Roads, he got so excited looking at the reaction from the audience that the actor himself got onto a vehicle to play drums and celebrate the film’s success.

The film’s writer and producer, Sai Rajesh stated that he’s confident that the film will be a super hit considering the low cost of the film. Now, it remains to be seen what the range of the film’s success is going to be.

He is blessed 🙏#Sandhya70 pic.twitter.com/xUVTJocRlM