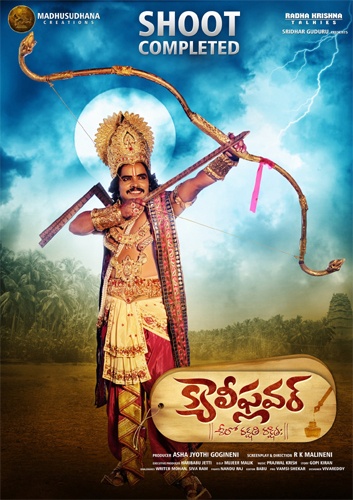 Popular comedian Sampoornesh Babu’s next release as a solo hero will be an out-and-out entertainer titled Cauliflower. The film’s entire shoot has been wrapped up and the makers released a special poster featuring Sampoo in a Lord Sri Krishna avatar to announce that the film is gearing up for its theatrical release soon.

Cauliflower’s teaser was unveiled on Sampoo’s birthday earlier this year and it received a decent response. Sampoo was seen as an Englishman who comes to India and explains the purity of Indian women. The film has Vasanthi as the female lead and RK Malineni is directing it. Asha Jyothi Gogineni is producing the movie under Madhusudhana Creations and Radhakrishna Talkies banners. Sridhar Guduru is presenting the film.