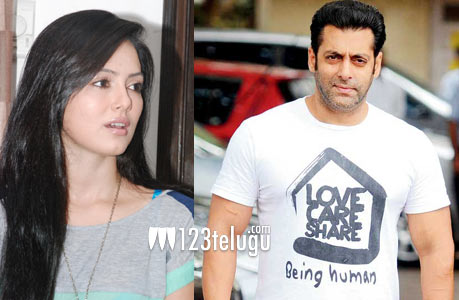 It looks like participating in ‘Big Boss’, a reality show hosted by Salman Khan, was the best thing that could have happened to Sana Khan’s career. She was last seen in Manchu Manoj starrer Mr Nookayya and before that she had acted in few Telugu films like Gaganam and Kalyanram Kathi. After she was roped in take part in Big Boss, she quickly became the favourite contestant of Salman Khan and the latest buzz is that she has been offered a role in one of his upcoming films titled Mental. Sohail Khan is directing the film and the shooting has already begun. Buzz is that Sana Khan and Daisy Shah have been roped in to play the lead roles in the film. Apart from this film, Sana Khan was also roped in to play Silk Smitha in a Malayalam film titled Climax.