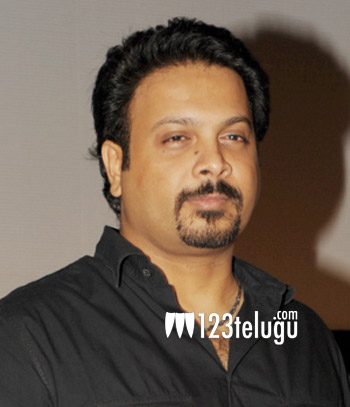 Sandeep Chowta was once a famous music director and gave some hit songs in Telugu. Now, post an eight-year gap, he is all set to make a comeback with a very prestigious project.

The talk is that Sandeep is all set to compose music for Akash Puri’s debut film which will be directed by Puri Jagan. As the film will be a youthful love story, Puri has roped in the Mumbai based musician.

An official confirmation is yet to be made about this news. Meanwhile, Puri is busy scripting for this film which will mostly have a new heroine playing the female lead.