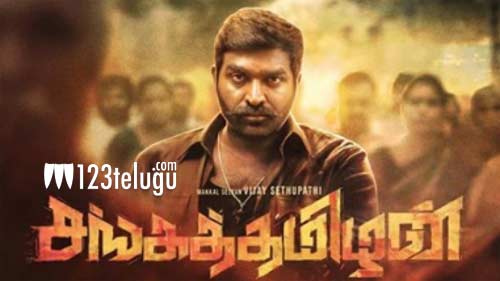 Vijay Sethupathi has a massive following in the south and he made his Telugu debut with the film Sye Raa which was a big hit at the box office.

Now, his new film Sanga Thamizan is all set to release on the 15th of this month in both Tamil and Telugu. The Telugu version has been named ‘Vijay Sethupati’.

Ravuri V Prasad is bringing this film to us in Telugu. Raashi Khanna plays the main female lead in this film. A promotional event will also be held in Hyderabad soon.