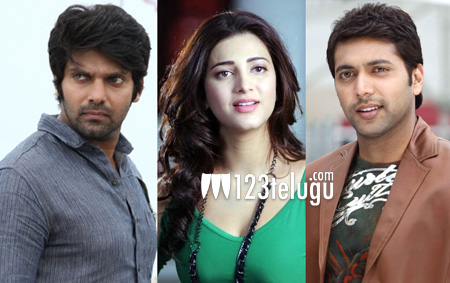 Shruti Haasan, Jayam Ravi and Arya starrer Sangamithra is all set to be officially launched at the prestigious Cannes Film Festival. The film is going to be directed by Sundar C and buzz is that it’ll be made in two parts and has a budget of over Rs 200 crores.

Thenandal Films, which is producing the film, is one of the sponsors of the opening night at Cannes Film Festival and it’s leaving no stone unturned to grab attention for the film.

While Shruti Haasan will play the title role, the actress is undergoing intensive training in sword fighting and other martial arts in London to prepare for the role. AR Rahman is going to score the music and Sabu Cyril is the production designer.