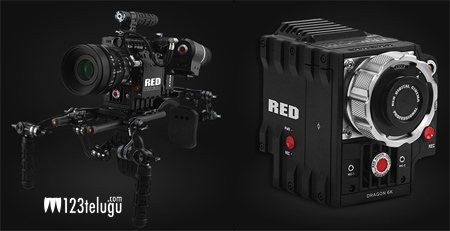 Santosh Sivan is one of the most talented cinematographers in India. He will now be the first Indian cinematographer to use the advanced Red Dragon Digital camera system. This new generation camera system will be used for Suriya’s new film, in Linguswamy’s direction.

The Red Dragon camera sensor has 9X more pixels than HD, making it the first choice for capturing intricate details with crystal clear quality. This digital sensor is expected to be better than 35mm film, which is generally regarded as the benchmark for image density.

Samantha will be seen as the heroine in this movie. We have seen what Santosh Sivan is capable of in movies like ‘Urumi’, ‘Dil Se’, ‘Asoka’ etc. So expect stunning visuals with this new generation Red Dragon camera system in his hands.