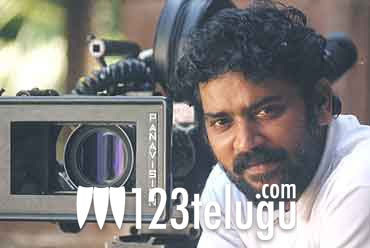 Santosh Sivan, who’s India’s topmost cinematographer, made his acting debut last year in a Malayalam film titled Makaramanju. The film was directed by Lenin Rajendran and it also starred Nithya Menen and Karthika in lead roles. After almost a year, the film is being dubbed in Telugu and it has been titled as Ravi Varma. Shobha Rani is producing the Telugu version. Santosh Sivan is playing the role of one of India’s greatest painters Raja Ravi Varma and the film narrates the story of Raja Ravi Varma at a certain stage of his life. Madhu Ambat is the cinematographer and Ramesh Narayan is the music director.