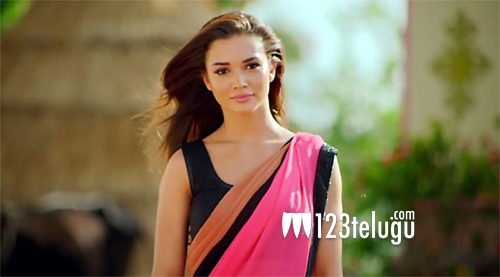 Amy Jackson, a former beauty queen turned actress, might be from the UK but she confesses that India has a special place in her heart. It is here that she found fame as an actress and after working with some of the biggest names in the industry, she is now exploring roles in Hollywood and UK.

Talking about her admiration for India and the local culture, the actress stated that a sari is the most beautiful thing a woman can wear. “A sari or a lehenga shows off your curves in all the right places, but it is still as modest as ever. India has a special place in my heart and embracing its culture is very important to me,” the actress said while she shot for a bridal wear campaign.

I woke up like thisssss 🤩 (not quite – I have @kanizali to thank for that 🙂) | I truly believe that the most beautiful thing a woman can wear is a sari, and in this case a lehenga! It shows off your curves in all the right places but it’s still as modest as ever! India has a special place in my heart & embracing the culture is very important to me, so thank you @kanizali for having me be apart of your new campaign – something special is coming your way ✨💄 | photography courtesy of @jamesrudland