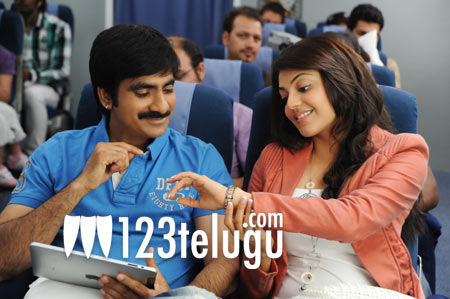 Mass Maharaja Ravi Teja’s ‘Sarocharu’ audio has been released directly into the market. The musical album has been composed by Devi Sri Prasad. Ravi Teja will be seen with Kajal Aggarwal and Richa Gangopadhyay in this movie.

Parasuram is the director of this movie and Priyanka Dutt, daughter of Ashwini Dutt, is the producer. The film is gearing up for a December 21st release. The first theatrical trailer of the movie was also released today.

Check out the trailer and promo songs here –