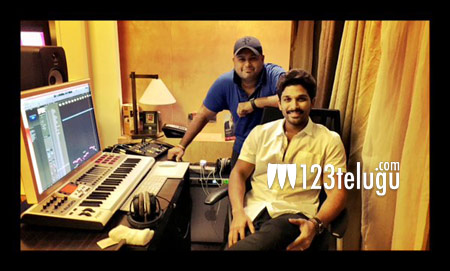 With the film’s shooting wrapped up and post-production going on at a jet speed, the makers of Stylish Star Allu Arjun’s upcoming mass action entertainer Sarrainodu are all set to carry out a huge promotional campaign soon.

Recently, the film’s makers announced that the audio album will be released directly into the market on the 1st of April. Sarrainodu’s songs are composed by SS Thaman and expectations are quite high on this album, especially after the phenomenal success of the Thaman-Allu Arjun combo’s Race Gurram.

Directed by Boyapati Sreenu, Sarrainodu is produced by Allu Arvind. The film has Rakul Preet Singh as the heroine. The film will hit the screens on April 22.