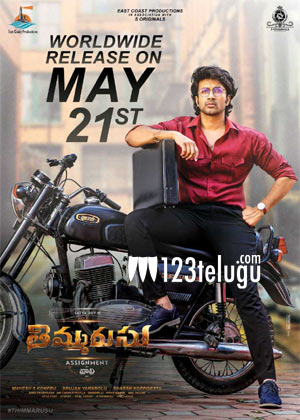 Hero Satyadev is doing back-to-back films and is one of the most promising actors in the industry as of now. One of his latest films is Timmarusu which is being produced by Mahesh S Koneru.

The film has wrapped up its shoot in record time and the makers have also released the teaser which won a lot of praise from the audience and critics.

The post-production of the film is going on in full swing and the update is that the film will release on May 21st all over.

Satyadev plays a lawyer in this film which is being directed by Saran Kopishetty. Watch this space for more updates on this project.