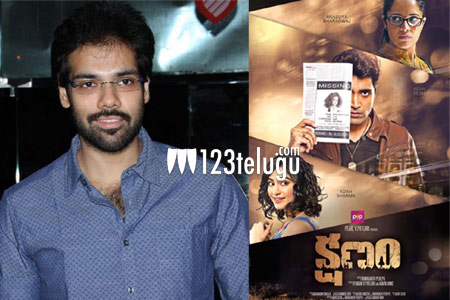 Adivi Sesh’s Kshanam became a runway hit and opened news gates for Tollywood. The craze for the remake rights of the film is huge and latest update reveals that Sibi Satyaraj, son of popular Tamil actor Satyaraj has bought the Tamil remake rights for a good price.

Reports suggest that several production houses were vying for these rights and finally Satyaraj and his son managed to grab them. Directed by Ravikanth Perepu Kshanam revolves around the story of a lost child and also features Anasuya and Adah Sharma in lead roles.