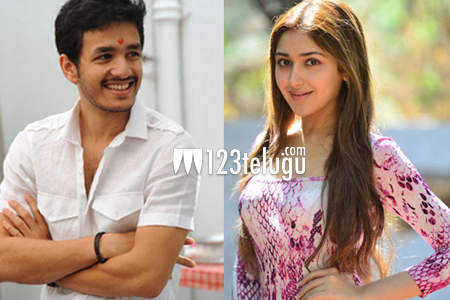 Akhil Akkineni has finally started shooting for his debut film. A heavy duty fight sequence was recently canned and Akhil was quite happy with the output. According to the latest update, the female lead of the film, Sayesha Saigal has started shooting for this film from today.

The second schedule of the film has already kick started in RFC and actor Nithin produces this big budget flick. V V Vinayak is the director and Thaman scores music along with Anup Rubens.