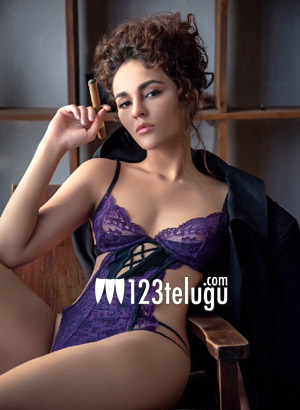 Seerat Kapoor made a rocking start to her career post the huge success of Run Raja Run. She also appeared in the hit film Tiger but could not cement her place in the industry.

Now, years later, she has got a good project in the form of Nagarjuna’s Raju Gari Gadhi 2. But the thing for which she is in news is the hot and happening photo shoot which has come out recently.

Seen above is one of the snaps from the shoot where Seerat is seen raising the temperatures quite high. These snaps have gone viral and have become a talking point all over.

Let’s hope that Seerat emerges on top once again and entertains us like always.