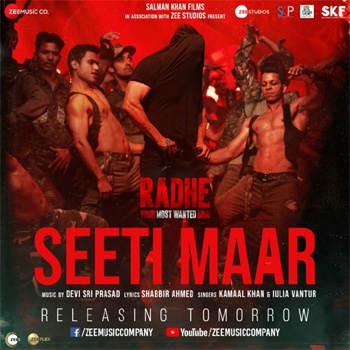 Salman Khan is in the news these days as the promos of his latest film Radhe have gone viral. The first song from the film, Seetimaar has become a big hit.

But back south, fans are trolling Salman for his dances and are comparing him with Allu Arjun who did the original. But Salman is not at all bothered and is very happy that the song has become a solid hit.

Salman is a huge star and knows his strengths when it comes to dancing. So, he is happy that DSP has given him a solid number which is only helping the film.