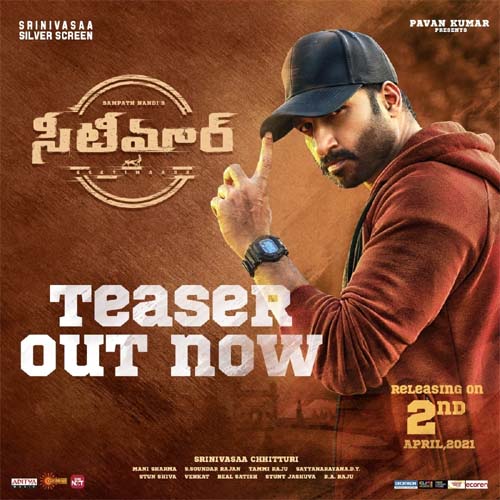 It is a known fact that Gopichand is doing a film in the direction of Sampath Nandi. Titled Seetimaar, the film’s teaser is out now and it looks action-packed by the first impression.

Gopichand plays this Kabaddi player who has a past and is taking on the cops and goons in his own way. The sport of Kabaddi is showcased in a stylized manner and it gives the feeling that Gopichand will be seen in a new avatar not leaving his action avatar back.

The action shots, presence of other actors like Tamannah and Rahman give the film a good appeal. The BGM is top-notch as Mani Sharma is full flow with his score. Sampath Nandi has surely lived up to the hype created for this film.