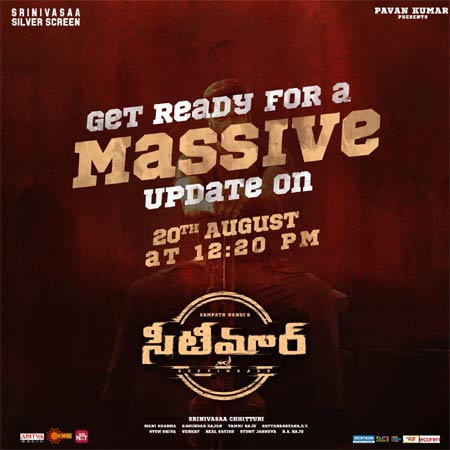 It is raining releases as of now in the industry. With so many big films announcing their release date, hero Gopichand has also come forward and will probably announce the release date of the film.

The update is that the makers are going to make a massive announcement on the 20th of this month and it will be surely about the release. Gopichand plays the coach of the Andhra team and Tamannah plays the Telanagana team’s coach.

Produced by Srinivasa Chitturi, the film has music by Mani Sharma, and Sampath Nandi directs it.