Senior actor disappointed for not getting his due
Published on Jul 23, 2016 5:30 pm IST 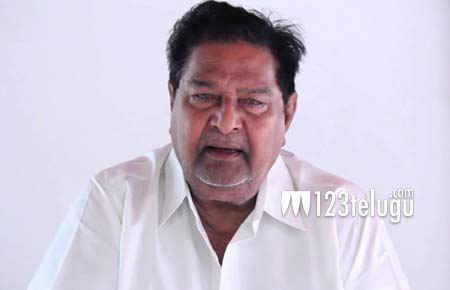 Kaikala Satyanarayana is one actor who has seen it all. He has been acting for over 50 years now, and feels that his services have not been awarded well.

Speaking to a leading daily, the legendary actor opinionated that he should have at least been bestowed upon the Padmasri Award from the central government.

The talented actor is hardly seen these days and also says that new age directors should learn from senior technicians and make good films in the future.

After seeing his disappointment, one surely feels that there are so many similar legends in the southern industry who go unnoticed and unrewarded for their sincere services rendered to films.