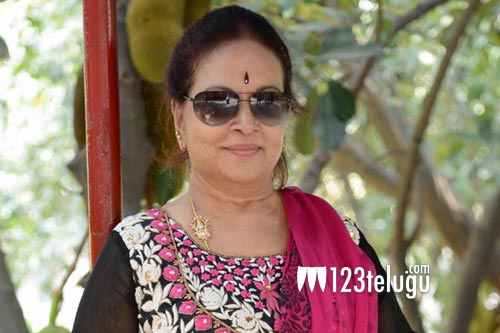 In what can be called a major loss to the Telugu film fraternity, veteran actress and filmmaker Vijaya Nirmala breathed her last tonight at a private hospital in Gachibowli, Hyderabad. Initial reports reveal that she died of natural causes. Vijaya Nirmala was 73. She is survived by her husband and veteran actor Krishna and son and senior character artiste Naresh.

Vijaya Nirmala was born in Tamil Nadu. She made her acting debut with the 1950 Tamil film Machcha Rekhai at the age of seven. She debuted in Telugu Cinema with Panduranga Mahathyam in 1957. She later turned director with Meena in 1971 and went on to direct 44 movies, Neramu Siksha (2009) being the last one.

In 2002, Vijaya Nirmala entered the Guinness Book of World Records for being the only female director to direct 40 plus movies. Vijaya Nirmala was also the recipient of the coveted Raghupathi Venkaiah Award for her contribution to Telugu Cinema.

123telugu.com pays homage to the veteran actress and expresses deepest condolences to the bereaved family and fans.