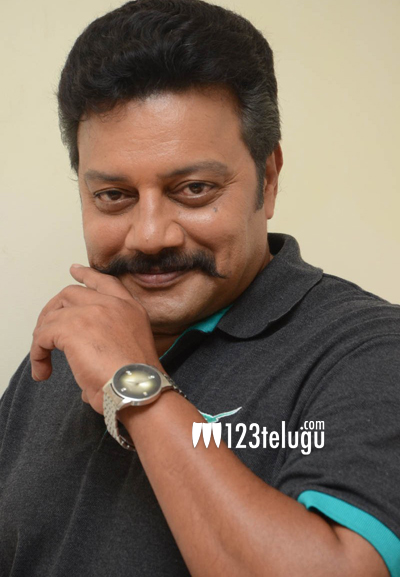 Senior character artiste Sai Kumar is celebrating his 56th birthday today. On this occasion, he interacted with the media personnel and revealed that he is currently acting in three films in Telugu and as many as nine films in Kannada.

Sai Kumar further said that this birthday will remain forever special as he has shared screen space with his son Aadi for the first time in the latter’s upcoming film, Chuttalabbayi, which is slated for an August 5th release.

Sai Kumar also expressed his happiness for being chosen by the AP government to lend his voice-over during the important events at the upcoming Krishna Pushkaralu, which will commence from August 12th.