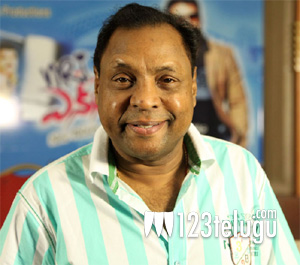 Senior comedian Gundu Hanumantharao passed away at his residence in Hyderabad in the wee hours of Monday. Gundu Hanumantharao was 61 and he was suffering from kidney related ailments since a long time. Last night, his health deteriorated suddenly and his family rushed him to a hospital where the doctors declared him brought dead.

Gundu Hanumantharao was born in Vijayawada on October 10, 1956. He made his acting debut on stage at the age of 18 years and acted in over hundred plays. He later debuted in Tollywood and acted in more than 400 films. He was popular for his rib-tickling acts in movies like Mayalodu, Yamaleela, Aata and the hit TV comedy series, Amrutham.

Gundu Hanumantharao’s last rites will be performed in Hyderabad today evening. 123telugu.com expresses its deepest condolences to the bereaved family.