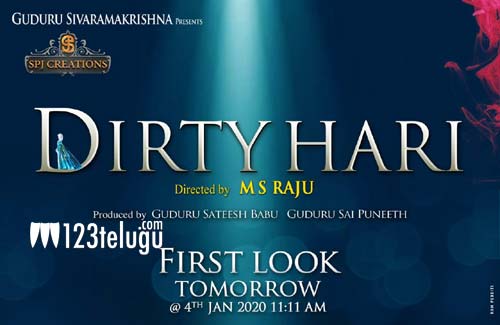 “Await for a Surprise announcement tomorrow. Don’t be shocked,” senior filmmaker MS Raju tweeted a couple of days ago about his new film. He went on to say that has film will be a “surprising steamy story.” And this morning, he unveiled the film’s title.

MS Raju’s next is interestingly titled Dirty Hari. The film’s first look poster will be out tomorrow (Jan 4) at 11:11 am. The names of the actors who will be essaying the main leads have been kept under the wraps and full details are expected along with the first look. Dirty Hari is being produced by Guduru Sai Puneeth under SPJ Creations banner and Guduru Shiva Ramajrishna is presenting it.