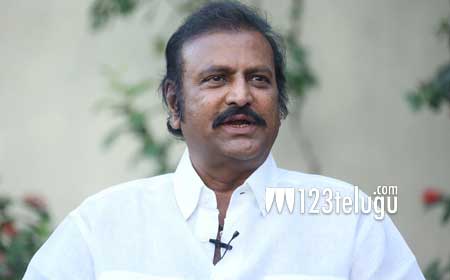 Ever since Mahanati, the biopic based on yesteryear legendary heroine Savithri’s life and legacy, was announced, there have been numerous speculations about the film’s cast. Already, the film’s makers have zeroed in on the major cast.

According to the latest speculation, senior hero Mohan Babu has been approached to reprise legendary yesteryear actor SV Ranga Rao in Mahanati. However, we will have to wait for the makers to come up with an official announcement about this exciting casting coup.

Mahanati’s latest schedule is progressing in Gandipet on the outskirts of Hyderabad. Keerthy Suresh is essaying Savithri’s role and Dulquer Salmaan will be seen as Gemini Ganesan in the film. Nag Ashwin is directing this period drama, which is being produced on the reputed Vyjayanthi Movies banner.