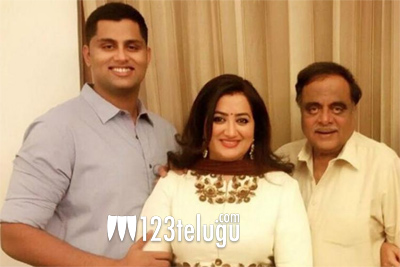 Few months ago, we had reported that Abishek Ambareesh, son of popular actress Sumalatha and Ambareesh, is all set to make his acting debut. Nearly four months later, the film has finally gone on floors amidst much fanfare and expectations considering that Abishek’s parents were hugely popular among Kannada film audience.

Titled as ‘Amar’, the film is going to be directed by Nagshekar, and noted Kannada producer Sandesh Nagraj is bankrolling the film. The makers have roped in Tanya Hope to play the lead role opposite Abishek in his debut film.

Abishek, who is a close friend of Vishnu Manchu and Manoj Manchu, has undergone extensive training in martial arts and kickboxing, in Thailand, and for the past few months, he has been preparing himself for the big debut.