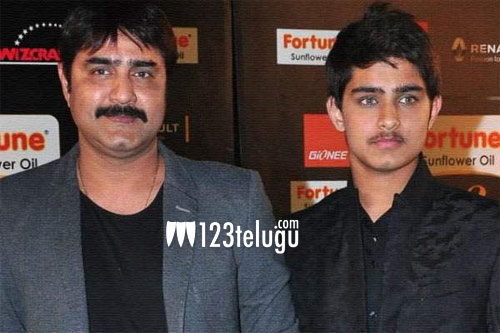 Senior hero Srikanth’s younger son Rohan is all set for his silver screen debut. The 10-year-old child artiste is making his foray into movies with Prabhu Deva and Mamata Mohandas’ upcoming Tamil horror thriller, Oomai Vizhigal. Rohan has already wrapped up the shoot.

Rohan has always wanted to become an actor and he used to often visit his father’s sets to lean the tricks of the trade. He is accompanied by his mother and former heroine Ooha. Srikanth’s elder son Roshan had made his acting debut with Nagarjuna’s Nirmala Convent a couple of years ago.