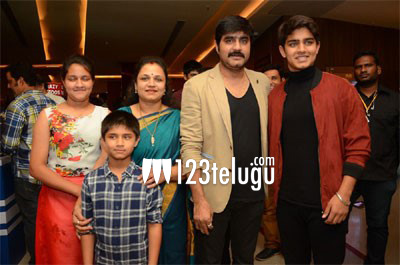 Senior hero Srikanth and his wife and former heroine Ooha have three children – Roshan, Medha and Rohan. Following their parents’ footsteps, Roshan and Medha made their acting debut in Anushka’s Rudhramadevi. Roshan went on to play the lead role in Nirmala Convent.

Now, the star couple’s younger son Rohan is gearing up for his silver screen debut. Rohan will be seen in a trilingual film that stars Prabhu Deva. The film is set against a hill station backdrop and the first schedule took place at Ooty. The film is being made in Telugu, Tamil and Hindi. Debutant Akash is directing the movie and Passion Creations is bankrolling it.