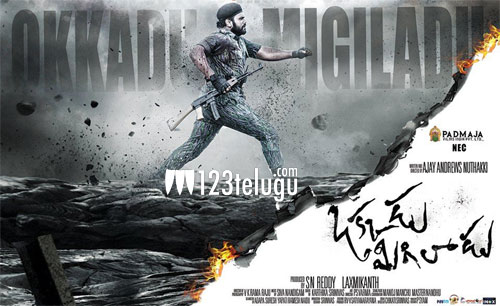 Manchu Manoj’s intense war drama based on the Sri Lankan civil war and the LTTE, Okkadu Migiladu, is releasing tomorrow amid several hardships. After a huge battle to procure enough screens for their movie, Okkadu Migiladu’s makers have now found themselves on the verge of a controversy.

Senior Congress leader Ponguleti Sudhakar Reddy warned of a protest against Okkadu Migiladu if the movie portrays the late Prime Minister Rajiv Gandhi in a negative manner. Ponguleti reminded that Rajiv was killed by the LTTE and that the movie should not disrespect his sacrifice for the nation.

Okkadu Migiladu has been directed by debutant Ajay Andrews Nuthakki. Anisha Ambrose plays the female lead in the movie, which has been produced by SN Reddy and Lakshmikanth.