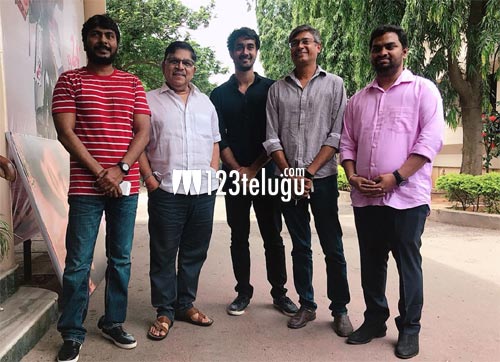 And here’s the big update. Senior producer Allu Aravind has acquired Paperboy’s theatrical rights and he will be giving the film a good release across the twin Telugu states. Allu Aravind has struck gold with the recently released Geetha Govindam. The fact that he is releasing Paperboy next speaks volumes about his confidence in this small, promising film.

Paperboy has Mahesh’s Bobby’s director Shoban’s son Santosh Shoban and Riya Suman as the main leads. Appatlo Okadundevadu heroine Tanya Hope essays a key role in the movie. Debutant Jayashankarr is the film’s director and Bheems is the music composer.