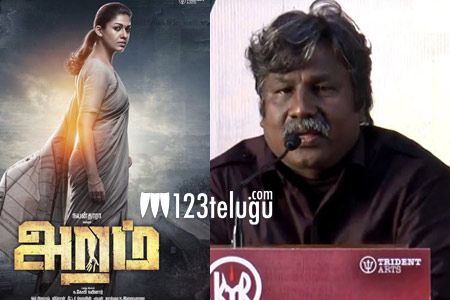 Nayanthara’s recently released social drama, Aramm, has been getting rave reviews ever since it hit the screens on November 10. Nayan was seen as a district collector in this intense thriller and she is already a prime contender for the Best Actress award next year.

In his recent interview post Aramm’s success, the film’s director Gopi Nainar has confirmed that he is planning a sequel to Aramm already. Nayan is expected to reprise her character in the sequel as well. Aramm is going to release in Telugu as Kartavyam. The film’s success will surely boost the Telugu version’s box-office prospects.