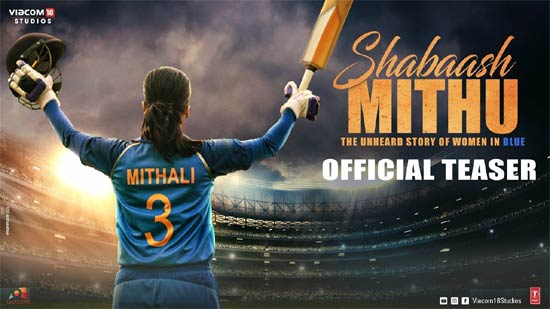 Bollywood actress Taapsee Pannu, who carefully chooses her scripts is coming up with an interesting movie. She is playing the lead in the biopic of Indian woman cricketer, Mithali Raj.

Titled Shabaash Mithu, the movie’s official teaser has been released today. The teaser showcases the achievements of the star cricketer Mithali Raj. The video ends with a closeup shot of Taapsee Pannu, who looks confident and ready to face the ball on the field.

Directed by Srijit Mukherji, the biographical sports drama is produced by Viacom18 Studios and Colosceum Media Production. Having Amit Trivedi’s music, the movie will be released very soon in theaters.