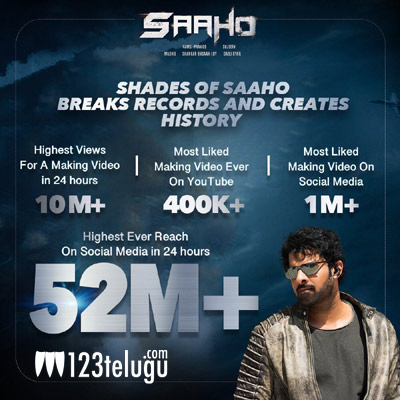 Released on Prabhas’ birthday, Shades of Saaho, the making video of Saaho’s Abu Dhabi schedule, surpassed expectations and took the craze for the film to the next level. The breathtaking stunts and Prabhas’ stylish appearance in the end were the major highlights of the film.