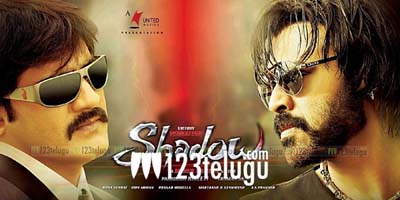 Venkatesh’s upcoming film Shadow is making brisk progress. Recently, the film was extensively shot in Mumbai, despite bad weather conditions. The film unit has returned to Hyderabad and Meher Ramesh, the director of the film, has revealed the the next schedule will begin from September 15 and continue till October 1 in Hyderabad. After this, the film unit will once again fly to Malaysia to can important scenes. Taapsee plays Venkatesh’s love interest in this action entertainer. Srikanth and Madhurima Banerjee are playing important roles. Thaman is scoring the music. Kona Venkat and Gopi Mohan have written the script. Parachuri Kireeti is producing the film on United Movies banner. The film is expected to hit the screens on January 11, 2013.