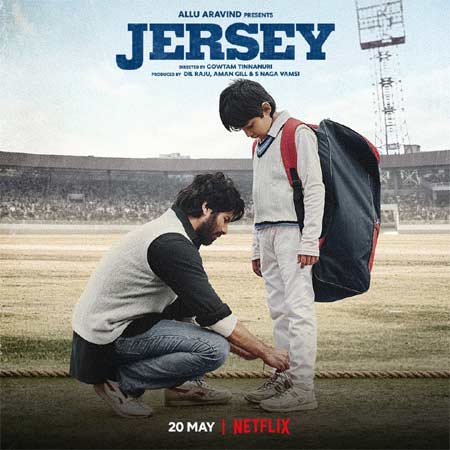 Bollywood actor Shahid Kapoor’s latest movie Jersey is ready to make its digital debut. Released on April 22, 2022, the movie, which is an official remake of a Telugu movie of the same name, is directed by Gowtam Tinnanuri.

Netflix, which grabbed the digital rights of the film, has announced that the movie will be out on its platform on May 20, 2022. An official announcement has also been made on its social profiles.

Mrunal Thakur is the heroine in this emotional sports drama. Produced by Dil Raju, S Naga Vamsi and Aman Gill, Jersey has the music of Sachet and Parampara. Anirudh Ravichander took care of the background score.

If you see us tearing up, it's because we just watched Jersey and we can’t wait for you to catch it too 🥺❤️

JERSEY ARRIVES ON NETFLIX ON 20TH MAY 🏏💯 pic.twitter.com/wFWqfQCboR