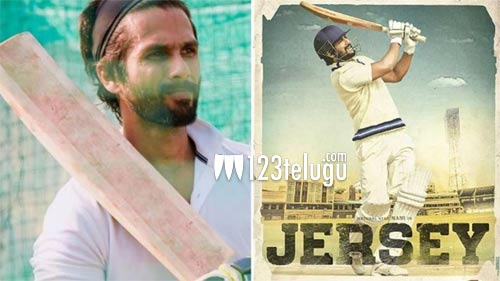 It is a known fact that Shahid Kapoor is doing the Hindi remake of the Telugu hit film Jersey. The film is being produced by Dil Raju in Hindi and GautamTinnanuri, who made the original is also directing the Hindi version.

The film has completed its shoot and the post-production is on in full swing. The latest we hear from our sources is that Shahid Kapoor has given a mind-blowing performance in the film.

He is high on the success of Kabir Singh where he was praised for his performance. In this film too, Shahid has given a superb performance is the talk.

Nani did a mind blowing job in Jersey and we need to see if Shahid Kapoor beats that performance or not.