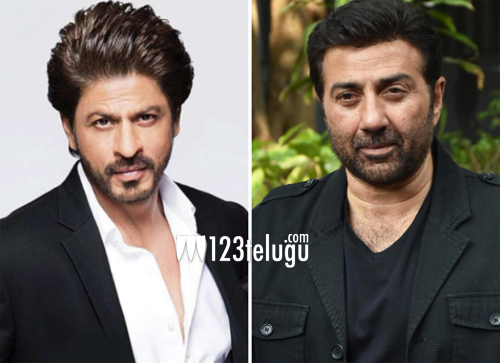 Shahrukh Kahn and Sunny Deol did a hit film called Darr in the early ’90s. It was a huge hit and made Shahrukh Khan a big star. But things did not go well with Sunny Deol as he felt cheated with his role in the film and has not been speaking with SRK and Yashraj camp since then.

But now, the news is that Sunny has let bygones be as he has made peace with Shahrukh. Going into detail, SRK came to know that Sunny Deol is remaking his own film Damini whose rights were with SRK now.

So knowing this, SRK straight away drove to Sunny’s house and hand over the rights of the film and made a truce with Sunny. This once again shows the magnanimity of Shahrukh Khan and what a man he is.

Damini was directed by Rajkumar Santoshi and also had the late Rishi Kapoor in a lead role along with Meenakshi Seshadri.