Shamanthakamani’s First Look To Be Unveiled Today
Published on May 27, 2017 3:05 pm IST 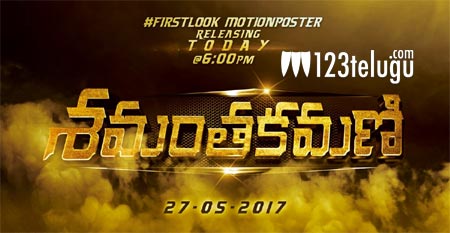 The first look motion poster of Shamanthakamani is going to be unveiled later today at 6 PM. The multi-starrer has Sudheer Babu, Nara Rohit, Sundeep Kishan and Aadi in lead roles, along with a host of other actors.

Sriram Aditya, who had directed Bhale Manchi Roju in the past, is directing this multi-starrer which brings together the four heroes for the first time in their career. The film is being produced under Bhavya Creations banner.

More details about the film will be unveiled soon.