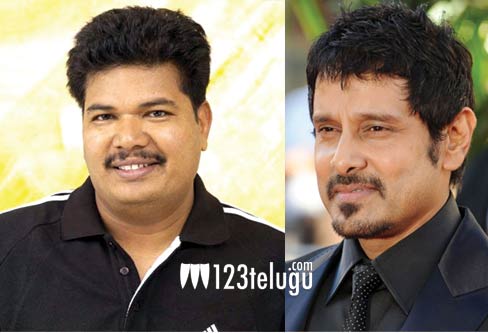 Shankar cannot stop raving about Vikram, thanks to the actor’s commitment towards his role in Manoharudu. The film is one of the most awaited action dramas of the year and Shankar has kept everything so secret that many are wondering what he has done this time.

In a recent interview, Shankar spoke out about the pain which Vikram had to go through to prepare for the role. He lost a lot of weight for one of the characters in the film, despite Shankar’s reluctance. Moreover, the make-up artists had to work for long hours to give the right look to Vikram; however, the actor reportedly never complained. “The make-up artists from Weta asked me if Vikram could shave his head, so that it’d be easier for them to change his looks. When I asked Vikram, he said, “Anything for Ai, sir”. I knew he’d agree. But his passion always inspired me,” Shankar revealed.

The film also stars Amy Jackson in the lead role and the film’s post-production is going on in full swing. P C Sreeram is the cinematographer and A R Rahman is scoring the music. The film will be released in Telugu and Tamil and it is titled as ‘Ai’ in Tamil.