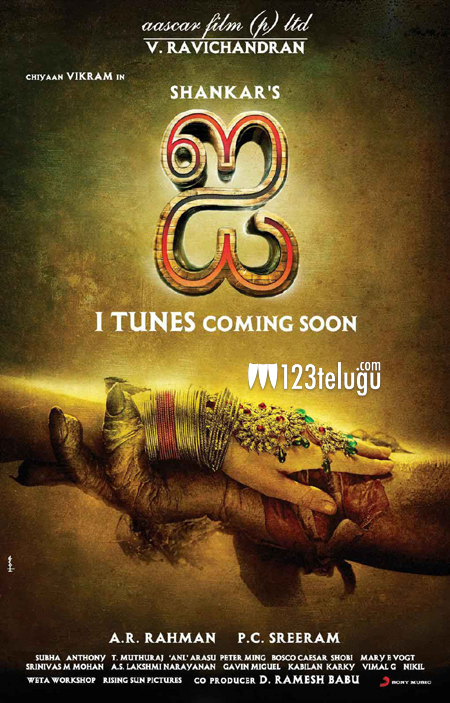 The much awaited Vikram starrer ‘I’ which was titled ‘Manoharudu’ in Telugu, has not got a change in its title. This Shankar big budget flick has now been titled as ‘I’ which is same as the Tamil title.

Mega director Shankar has been designing this movie from the past two years. Audio of the film will be launched on the 15th of September. This film is produced by Ascar V.Ravichandran with a huge budget and stunning production values. Amy Jackson is the heroine and A R Rahman composes music.