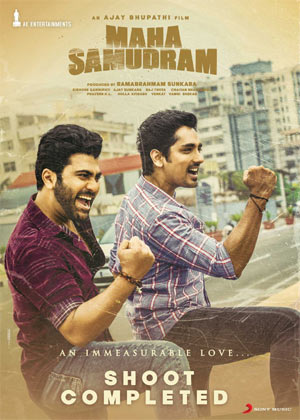 According to the latest updates, Maha Samudram’s entire shooting formalities have been wrapped up successfully and the makers released a special poster with Visakhapatnam backdrop to announce the shoot completion. The film is gearing up for its theatrical release soon.