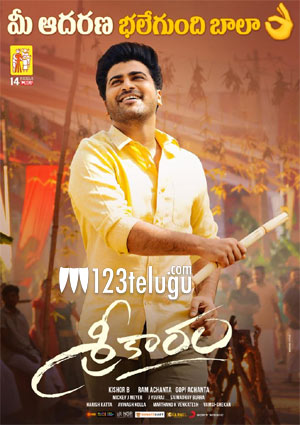 Hero Sharwanand and Priyanka Arul Mohan’s critically acclaimed rural drama, Sreekaram, had its OTT premiere on Sun NXT app. The film received a solid response even on its digital premiere and within a short time, Sreekaram has turned out to be the highest viewed Telugu movie on Sun NXT, breaking all the previous records.

In Sreekaram, Sharwanand played the role of a software engineer who quits his job to become a farmer. Director Kishor B got appreciation for coming up with an inspirational subject for his debut film. Ram Achanta and Gopichand Achanta produced the movie under 14 Reels Plus. Sai Madhav Burra’s dialogues and Mickey J Meyer’s music were the other main highlights of Sreekaram.