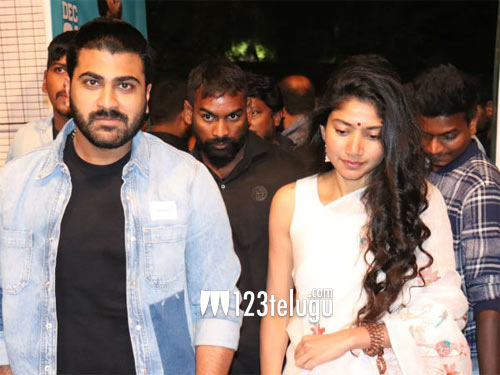 Ever since the release of Kanam and until the completion of Padi Padi Leche Manasu, there have been several rumors about Sai Pallavi’s professionalism on film sets. Rumors were rife that Naga Shaurya and Sharwanand were miffed with Sai Pallavi’s starry tantrums and headstrong attitude.

However, Sharwanand’s speech at Padi Padi Leche Manasu’s pre-release event last night has busted all these baseless rumors about Sai Pallavi. Sharwa said that Sai Pallavi is one of the most dedicated actresses he has ever come across and went on to say that she has a great future ahead. Sharwa also told fans to not believe in all the ‘rubbish’ about Sai Pallavi.