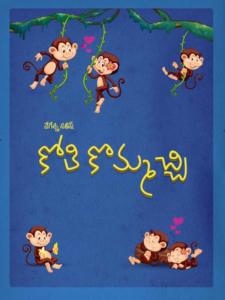 It’s been recently reported that popular director Sathish Vegesna of the national award winning film Shatamanam Bhavati fame is going to introduce his son Sameer Vegesna into showbiz. The film is going to be an out-and-out entertainer.

The latest update is that Sathish Vegesna has titled his son’s maiden film as ‘Kothi Kommachhi’. The fun title gives a hint of the kind of fun entertainer the film is going to be. Former star character artiste Srihari’s son Meghamsh Srihari will also be playing one of the male leads in the movie. The regular shooting will kick-start soon.