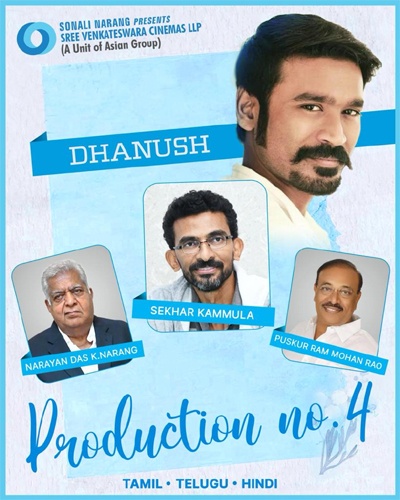 It is a known fact that Shekhar Kammula will be working with Dhanush for a bilingual very soon. The film was also announced a few days back.

Now, we have come to know that the film is going to be a period drama set in yesteryear Madras. That is the reason, Shekhar had approached Dhanush in the first place.

Shekhar Kammula is done with the scripting and is busy casting for the film. So, we need to see whether this film will be a love story or will be a serious drama set in the era gone by in Madras.