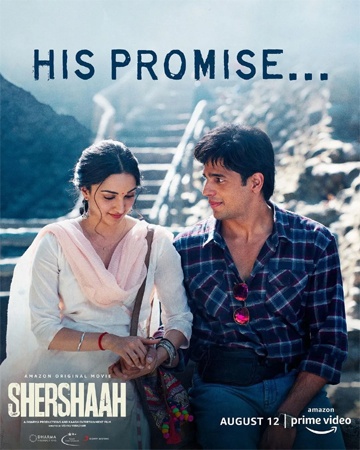 This evening, Tollywood star Allu Arjun took to Twitter and heaped praises on Shershaah and its team. Bunny said Shershaah was a very heart touching film and Siddharth Malhotra gave his career’s best performance and stole the show. The Pushpa hero said Kiara Advani’s performance was subtle and impactful.

Bunny went on to congratulate director Vishnu, producer Karan Johar and Amazon Prime on scoring a blockbuster. “A must watch for every Indian,” Bunny concluded.

Congratulations to the entire team of #Shershaah. A very heart touching film . Career best performance by Mr. @SidMalhotra . Man who stole the show . Subtle & impactful performance by Ms @advani_kiara and all the other actors . My respect to all the technicians of the film .