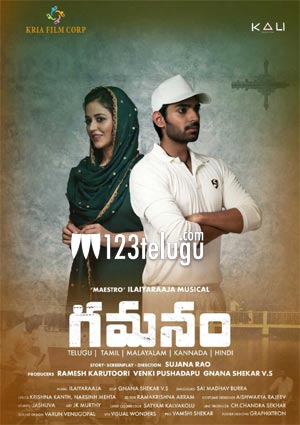 While Shiva plays Ali, a sportsperson, Priyanka essays the role of Zara, a typical Muslim girl, in this emotional drama. Their romantic track will be one of the highlights in the movie.

Gamanam is being directed by debutant Sujana Rao. The film will be released in Telugu, Tamil, Kannada, Malayalam and Hindi. Maestro Ilayaraja is scoring the soundtrack. Cinematographer Gnana Shekar is cranking the camera apart from bankrolling the project in association with Ramesh Karutoori and Venki Pushadapu.