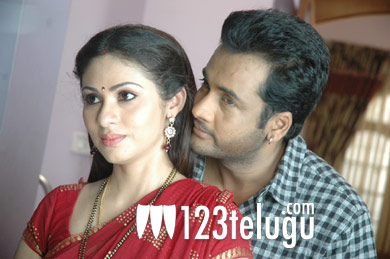 Shivaji and Sada are teaming up for a new film to be directed by Satthi Sreenivas Reddy. CHVSN Babji and S Rathnamayya are jointly producing this film on RR Cine Pictures banner. “Ghosts don’t exist in real life. It’s our fear which haunts us as a ghost. Similarly, the goodness in all our hearts brings alive the concept of God. The film is based on these lines. The script has come out really well and I would like to thank Shivaji and the producers for giving me this opportunity,” Satthi Sreenivas Reddy said. The film’s shooting has already begun and the first schedule will go on till April 13 in Sarathi Studios and the Mantra house in Shadnagar. After that, the rest of the film will be shot in a fresh schedule which will begin from April 23. The makers are planning to wrap up the entire shoot including the songs by the end of May.